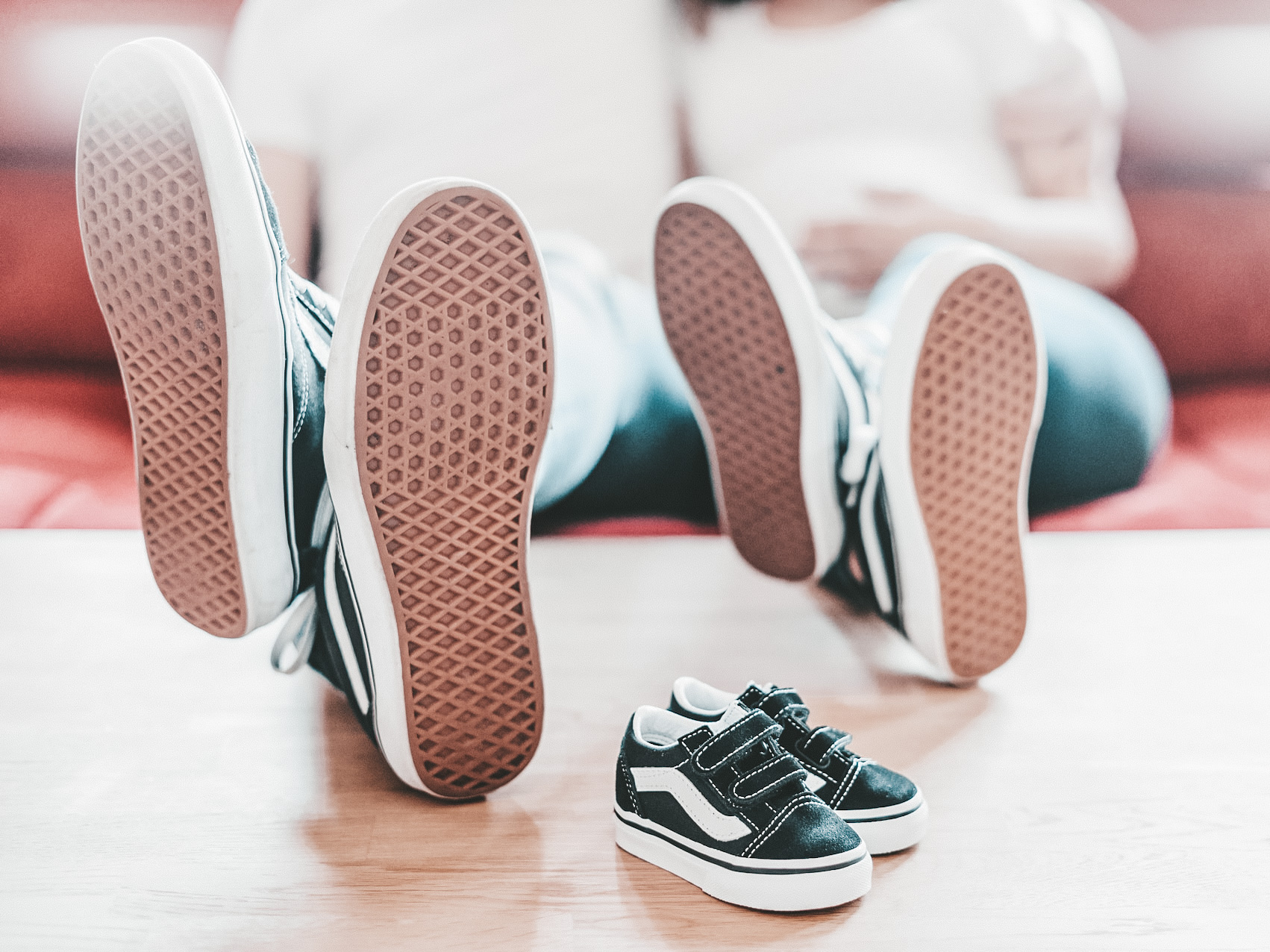 In defence of gentle parenting

This episode on parenting featured three ‘parenting experts’ (Bryan Caplan, Carla Naumburg, and Michaeleen Doucleff) debating the best way to raise kids. The podcast blurb described these panellists as having ‘radically different’ ideas about parenting (however, after listening to the episode, I would disagree with that statement, but I digress).

The only panellist that I was familiar with was Michaeleen Doucleff, author of Hunt, Gather, Parent, a book I read and enjoyed last year (although, I will say, I didn’t agree with a lot of her perspectives in the book, but I did enjoy it nonetheless).

As a big fan of the podcast and someone right in the thick of parenting, this was a must listen for me.

But I was disappointed. And here’s why.

Gentle parenting was woefully misdefined and misrepresented by the panellists, a few of whom went on to espouse parenting values that (I believe) are in alignment with gentle parenting. It seems they were just anti- the label of gentle parenting, without having a clear understanding of what it stands for.

(Which, is particularly interesting in the case of Michaeleen Doucleef, because what I took away from her book was that what she observed in traditional cultures (which, it’s worth noting, she concluded were highly effective parenting techniques) are akin to those found in gentle parenting)

It was brushed off as being ineffective, unrealistic, and just a fad, “like attachment parenting.”

One panellist confessed, only moments before she declared gentle parenting to be absolute rubbish, to refusing to ever read any article or book about gentle parenting because she found it triggering. How can this person be described as a parenting expert if she refuses to even engage with, at the very least, the basic concepts and philosophies of an increasingly popular style of parenting?

In these panellist’s view, gentle parenting is synonymous with permissive parenting. It’s letting your kids do whatever they way. It’s never disciplining them. It’s disingenuously trying to empathise with their emotions. It’s never yelling. It blames parents when they loose their shit. It’s being a mythological ‘perfect parent’.

As someone who finds great value (and success in daily life) with the gentle parenting approach, here is my defence.

Gentle parenting is anything but permissive parenting.

Is it a free for all? Nope.

Gentle parenting encourages firm, but kind boundaries. Children are absolutely not given free range or allowed to do what they like.

There are clear rules that, when broken, have consequences.

I believe the misconception here is that because gentle parents engage with their child with kindness, respect, and compassion, as opposed to the mainstream attitude of authoritarianism (aka do what I tell you and don’t talk back), it is perceived as permissive and weak.

But don’t mistake kindness for leniency. They’re not the same thing.

Gentle parenting doesn’t believe in punishment, that’s true. But it does stand for discipline, primarily in the form of natural consequences (more on this in a moment).

Perhaps one could argue that the difference between punishment and discipline is just semantics. Maybe. But in everyday practice, I beg to differ.

Punishment is subjecting pain, loss, separation, fear, or shame onto a child as a penalty for some offence they did. It’s yelling at them, sending them to their room, removing a ‘privilege’, or shaming them for their behaviour.

Discipline, on the other hand, is deeply rooted in teaching; in helping children to learn. It’s about correcting behaviour and showing the right way to behave, without fear, pain, or shame.

This is where natural consequences comes into it.

Let’s use an example to help us. Your toddler is hitting you, hard. And it makes you react strongly. You might feel angry. Punishment would be something like sending them to time out or to their room for misbehaving. Natural consequences, or discipline, would be telling them that they can’t hit you and having to move away from them to keep your body safe.

Arguably, punishment is more effective because the fear-based nature of it is scary for little kids. But what is it really teaching your child? I would argue that all it’s teaching them is to fear you. Natural consequences teach a child when I do A, then that leads to B. They’re actually learning the lesson you want to teach.

Janet Lansbury has written a whole book on this topic – No Bad Kids; Toddler Discipline Without Punishment.

Gentle parenting is about fake empathy

This was one of the panellist’s main critiques of gentle parenting, that you need to name your child’s big feelings all the time and she considered this to be disingenuous.

Firstly, I would disagree that this is a general tenet of gentle parenting. Yes, there is a big focus on nurturing emotional intelligence, sometimes achieved via helping children to make sense of their big and often fluctuating emotions. But no one is suggesting using fake emotion or overdoing it on the emotion naming.

Maybe, for her, engaging with her child in this way would feel fake. We’re all different, aren’t we?

I actually think it’s disingenuous to represent gentle parenting this way, especially for an ‘expert’ who self-confessed to never read anything about the topic. But hey, that’s just my opinion.

This is a common misconception, I see people critiquing this aspect of gentle parenting all the time on social media.

They claim it’s unrealistic, that no one is capable of never yelling. Some even claim that it’s ‘normal’ to yell at your kids and that it won’t do any harm (in fact, some think it does good).

I would agree that it’s unrealistic to expect someone to never yell.

But there is a subtle difference between this assertion and the actual goal of gentle parents.

One of the main goals of taking a gentle approach to parenting is to have calm and peaceful interactions. But, yes, we are all human and every parent has their moments when they might flip their lid and raise their voice.

Again, I feel like this point might be bickering over semantics, but I do see a distinction.

Promoting ‘never yell’ is so different from aiming to have calm and peaceful interactions.

I don’t know about these panellists, but I actually want to regulate my emotions and build a relationship with my child on a foundation of respect. I don’t believe yelling fits into that equation.

In reality, do I yell? Yep.

Do I regret it? Hell yes.

Do I reflect on what drove me to feel so overstimulated that I flipped my lid, and then try to avoid that again in the future? Absolutely.

The more important point here is about repair after the rupture. Yelling at each other is a rupture in the relationship, which needs to be repaired (aka an acknowledgement of the mistake, apologies as appropriate, etc.)

Gentle parenting is about being a ‘perfect’ parent

I can see how gentle parenting gets conflated with ‘perfect’ parenting. The core goals of emotional regulation, self-reflection, and being respectful to your own child can come off as being kind of goody-goody and perfectionistic.

I think people who believe this about gentle parenting are rebellious by nature. They want to give the middle finger to anything that tells them how they should act.

But again, I would argue for the nuance here.

To me, and this is one of the reasons I resonate so strongly with it, gentle parenting is about self-improvement and personal growth. It’s about holding the mirror of parenting up to my face and seeing what skeletons are in my own closet based, and then being determined NOT to project said skeletons onto my child.

It’s about being committed to that foundation of respect. It’s about building my own emotional intelligence. It’s about self-awareness.

It’s also about reflection. And in a way, it’s like a spiritual practice (and I can see the critics rolling their eyes as they read this, but I stand by it). It’s not about perfection, it’s about trying your goddamn best.

And that, my friends, is my (brief) defence of gentle parenting.

I still love your work Bari and I believe strongly in listening to the opinions of others, even when they conflict with my own.

Let me know below whether you agree or disagree, or whether you would add anything to the debate.