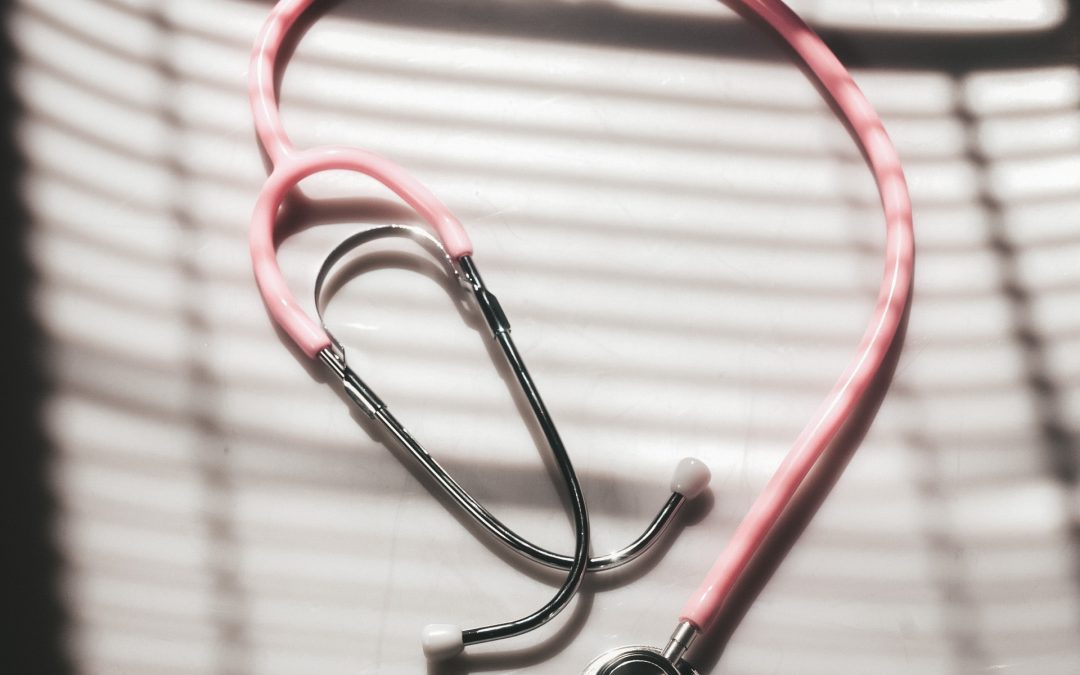 Blood testing is a big part of my clinical practice and in my work with mothers I lean heavily into the ‘test, don’t guess’ approach. As many of my clients will know, I’m usually sending them off for some first line blood tests after our initial appointment, or, if a new client has had recent bloods done with their GP, I want to see the results asap before prescribing, even if the bloods have been deemed ‘normal’ because all too often they are not optimal, even though they might be in range (more on this below).

Testing give us tangible information about what is going on at a biochemical level, helping us to understand where any imbalance lie and how they might be connected to a mother’s symptoms and health concerns.

While I always take a thorough case history in an initial appointment, there are times when I’m surprised by what I see in a client’s blood results, highlighting the importance of testing and not guessing.

Putting together the pieces of someone’s health puzzle, including integrating their test results into the bigger picture of their health, is where the magic happens.

Before we dive into the tests, it’s important to differentiate between the standard reference range provided by the laboratories and the optimal range.

As a naturopath, I’m typically looking at blood results through a narrower lens – the optimal range lens – to interpret test results because there are a few issues with the standard reference ranges.

Firstly, the standard ranges (this being, the ranges printed on your test results and the ranges which your doctor is typically looking at) are formulated by taking the range in which 90% of the population fits. The problem here being that a bit portion of the population isn’t exactly in great health, so these reference ranges tell us nothing about the ideal range for good health.

Secondly, when you look more closely at the research on specific markers, optimal ranges can be identified. And they are usually more discerning than the standard ranges.

A perfect example of this is fasting insulin (a marker of blood sugar regulation). The standard reference range is 0-17 mU/L, however, for good glucose control and insulin sensitivity, the research suggests that fasting insulin should be at least under 10 mU/L, or even more ideally between 3-5 mU/L. So, you can see the big gap here.

Most doctors wouldn’t worry about a fasting insulin as long as it’s under 17 mU/L, but I’ve helped women with insulin levels well under 17 (but above ideal) improve their levels and many of their symptoms along with it, like low energy levels, sugar cravings, brain fog, and PMS.

Every mother’s postpartum journey is different and therefore each woman may need her own unique combination of tests, particularly if any symptoms are present. However, these are five of the most common tests I’m ordering for the women I work with based on the important physiology of this stage of life.

The humble full blood count, also known as the full blood exam (FBE) or complete blood count (CBC), is one of the most common blood tests that you’ve probably had done with your doctor if you’ve ever had a blood test. There is so much information that can be gathered from this simple test.

It’s a really important test for understanding if oxygen delivery to the cells is impaired and if nutrient deficiencies are involved in. Oxygen delivery is a crucial step in our energy production pathways and when it is impaired fatigue is a common symptom.

The red blood cell markers give us information about:

The white blood cells, which are some of our immune cells, give us information about:

Iron is one of the most important minerals in the perinatal period. In the third trimester of pregnancy, iron needs are the highest they’ll ever be in a woman’s life at 27mg/d (compared to 9mg for lactating women and 18mg for menstruating women).

As the baby grows in those final months, it sequesters away lots of precious iron for its first 6 months earthside. This is a big demand on the mother’s body and her own iron levels, and iron deficiency is one of the most common concerns seen in late pregnancy.

Now, there are some natural mechanisms post-pregnancy that help a mother to restore some of this iron, for example, a new mother’s blood volume will greatly reduce in the weeks following birth, whereby some of the iron found in the haemoglobin molecule of red blood cells is recycled for other uses in her body.

However, despite this mechanism, all too often I still see low iron levels in the blood results of new mothers. Iron deficiency in postpartum is a bigger risk for those mothers who had a postpartum haemorrhage.

A full iron studies panel include:

To accurately assess your iron levels, you must interpret all of these results together.

The thyroid gland undergoes enormous changes during pregnancy to support both mum and baby. Then, in postpartum, the thyroid gland shifts again, as it tries to recalibrate itself back to baseline.

For many women (estimated 1 in 10), these big thyroid shifts can become more dysfunctional and end up as postpartum thyroiditis. This can happen anytime in the first 12 months after birth and pre-emptive testing is crucial for catching it as early as possible so support can be given.

Most first line testing for thyroid will only include thyroid stimulating hormone (TSH), which is the thyroid hormone produced by the brain. TSH is one of the markers with a very wide standard reference range, so if the test result doesn’t fall outside the range testing the rest of a full thyroid panel (including the thyroid hormones) is not seen as necessary.

However, TSH only provides one piece of the thyroid puzzle.

To accurately understand what is going on at the level of the thyroid gland and how it is influencing metabolism, the thyroid hormones (free T4 + free T3) must also be measured and interpreted.

Blood sugar regulation is a process that can be greatly impacted in early motherhood for a number of reasons, including chronically broken sleep, increased stress levels, and exhaustion and lack of time leading to poor food choices.

Having poor blood sugar regulation – where your blood glucose levels are constantly spiking and crashing, or when the glucose from the blood can’t get into the cells (insulin resistance) can be a major contributor to fatigue, irritability, poor memory, disrupted sleep, acne, brain fog, and menstrual irregularities, among so many other symptoms.

Typically, the first line test for assessing blood sugar control is fasting glucose. And this can be a useful test. It’s the test your doctor will order first. But, in my view, fasting insulin is equally important (if not a superior marker) for understanding this process.

Insulin is a hormone that tells our cells to take up glucose. Without insulin, our cells can’t take the glucose from the blood for their own use. Without glucose, our cells are left without an energy source, and then the energy production pathways found deep within our cell don’t have any substrate to create the fuel that powers our entire body alone and give us energy.

Often, glucose levels might be normal (even by optimal ranges), but insulin is high, indicating that it’s taking a mighty big effort for the body to keep glucose in the range it should be.

More often than not, insulin is the first marker to elevate. If we rely on glucose alone to measure our blood sugar control, it can take many, many years for it to rise out of range, meaning we would miss any imbalance in this system for a long time.

Ideally, we would test both and interpret them together, however, if I could only pick one, I’d pick fasting insulin.

The importance of vitamin D for new mothers can’t be overstated. It has a role to play in so many of the systems that require nurturing in postpartum – the nervous system, mood regulation, blood sugar regulation, thyroid function, female hormone balance, immune function and tissue healing,

Also, importantly for breastfeeding mothers, the amount of vitamin D in breastmilk is influenced by maternal intake. Meaning, if mum has low vitamin D levels, the breastmilk may have low levels of vitamin D too.

In fact, this is why it’s common practice to recommend that mothers supplement their little babies with vitamin D. Because so many women are vitamin D deficient, breastmilk is seen as unable to meet a baby’s vitamin D need.

However, women who have vitamin D levels over 100 nmol/L are able to transfer enough vitamin D into their breastmilk to meet their baby’s needs, highlighting the importance of having optimal vitamin D levels in postpartum.

Every mother is different and every pregnancy, birth, and postpartum experience is different. Which will mean that the right blood tests for you might be different from the next mother.

Other tests that can be useful include:

To assess your postpartum health, there are two ways you can go about getting blood tests completed. I recommend a check-up around 6-12 weeks postpartum, and then further testing and support at any point that symptoms arise after that.

You can talk to your GP about your current health and having some routine bloods run. The benefit of this option is that any tests ordered by your GP are likely covered by Medicare (in Australia).

If your GP is unsupportive about a postpartum check-up, seek a second opinion.

Alternatively, you can work with a naturopath or nutritionist who is registered to order blood tests and who is experienced in interpreting results in the optimal levels. These tests are ordered privately through the same labs that your doctor would use. They come with an out of pocket cost.

Testing is a big part of my practice and I’m well equipped to order and/or interpret your blood test results to help you get answers. You can schedule in an initial appointment with me here or read more about my process and offerings here.